Because we remained in Santiago longer than we had planned, we ended up staying in three different apartments. So we settled into the city as itinerant Chileños – okay, turistas—and kept a light footprint throughout the duration. For the first couple of weeks, we lived in Providencia, a mostly upper-middle-class neighborhood, largely filled with mid-rise buildings set at a distance from wide, lazy streets, in well-tended lawns edged with tropically lush-looking plants.

The design of these residential blocks was often not at all bad, prompting me to muse on temperate climates’ architectural advantages. Strong light makes a superb design tool. Even perfectly ordinary buildings looked good, with rhythmic patterns of projecting bright lines alternating with rectangles deep in shade, cast from generous balconies.

Tucked into a triangular slip of land, our first Providencia residencia was at its edge, in a compact, low-rise enclave set between three icons of modernity: a highway; 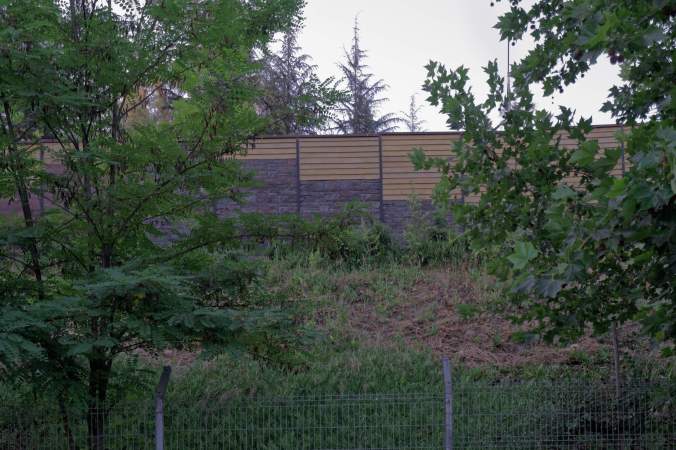 a busy two-way street corralling cars onto a different highway, this one headed north toward the airport; and the Gran Torre Santiago, a 64-story tower designed by Cesar Pelli, the tallest building in South America. 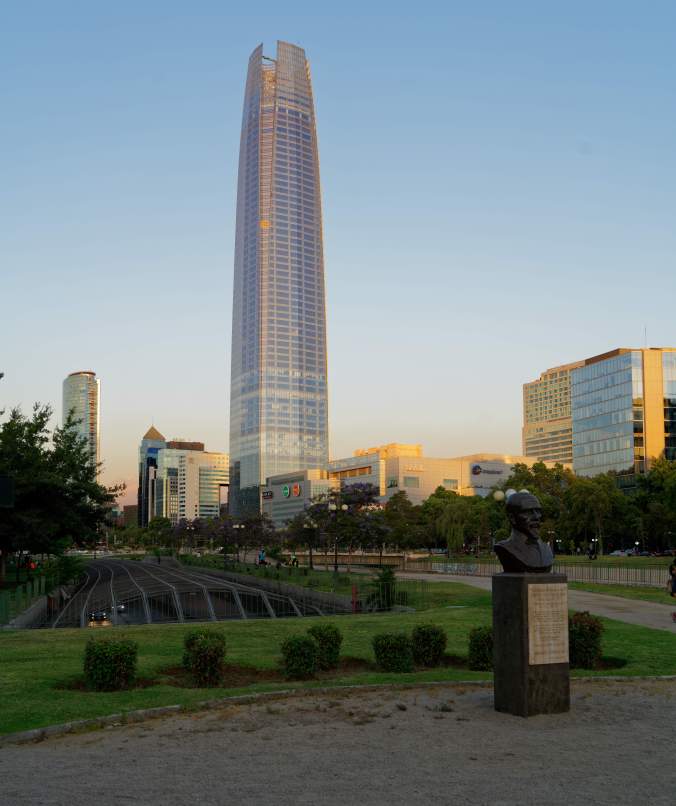 Oh, also: between us and Pelli, the heavily banked, mud-filled, brackishly yellow Mapocho river gushed and rushed, its elevated banks lined with strips of parkland. From afar the Gran Torre looked handsome enough, an iconic figure to the pictorial ground of the majestic Andes encircling the city.

But at street level, the Gran Torre crashed into la Costanera, South America’s largest, monstrous, indoor shopping mall. Anyway the Pelli tower proved a convenient landmark, forfending all manner of navigational ruptures, and marking the transition from Providencia’s mid-rise apartment blocks to the beginning of Santiago’s newer business district, to the northeast of the city’s historic center.

A long, two-and-one-half story brick building packed into a tight site that looked as though, in former life, it might have been the area’s horse stables. 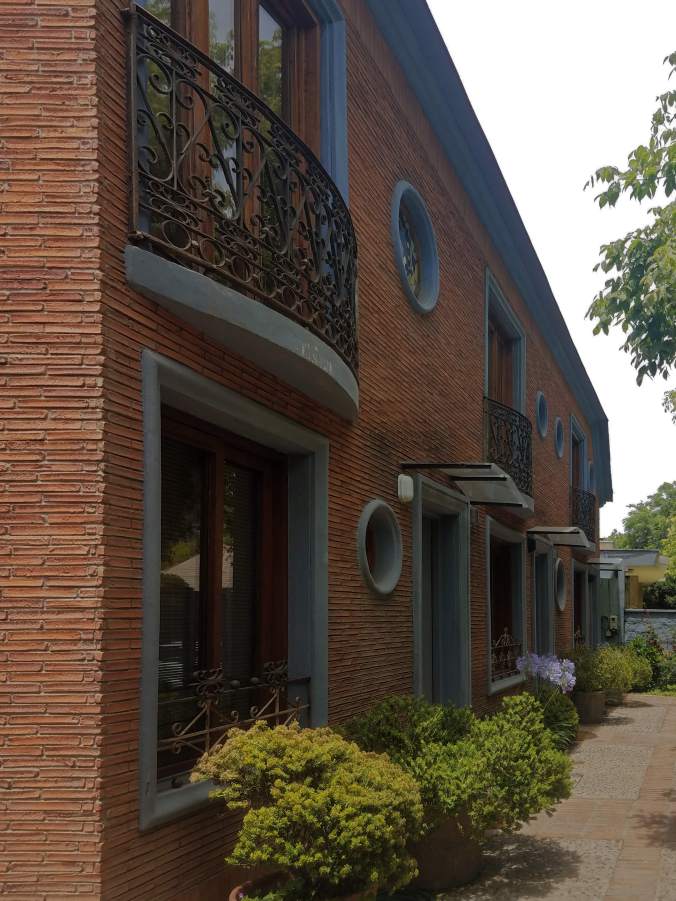 The architect-owner (coincidence? Not likely),  Mabel, had meticulously restored the exterior

and carved the vast interior into three loft-ish apartments which she kept nearly continuously occupied through Airbnb. 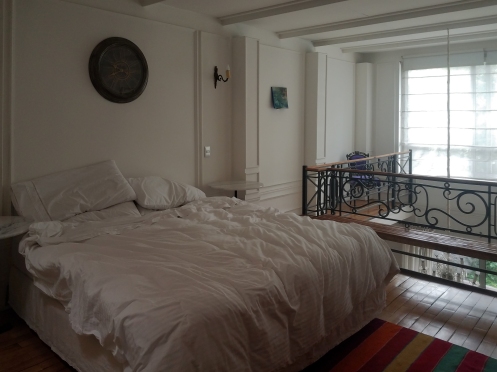 I don’t know about that luxury bit. (Wouldn’t luxury require a dishwasher? Or at least a bottom floor (read: basement) bedroom that didn’t reek of mold?) Still, Mabel’s place, charming as it was, was a nice-enough landing pad after the very long plane ride from Auckland.

Even when her design taste veered toward over-the-top-Latina,

Mabel’s gesamtkunstwerk was gratifyingly distinctive in the way that three-to-four-star chain hotel rooms and hotels never, ever are. She had brightened up the dark interior by cutting in a double-height window in the back and lofting the second story bedroom area over the first. Some of the art hung inside was better than decent, too. 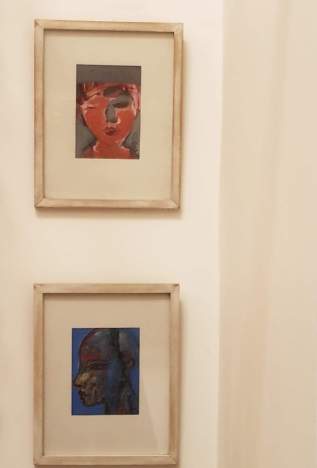 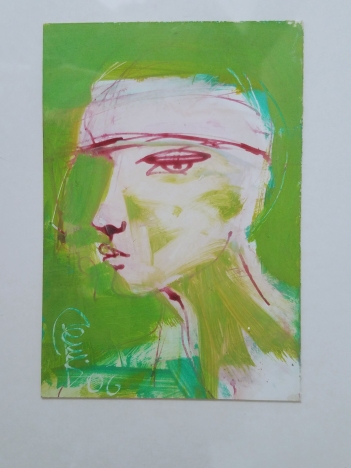 Our second-to-last day there, Mabel left me two or three phone messages and texted once, saying she urgently wanted to talk. She’d Googled me, and, discovering that I write about architectural experience, declared us simpático. We spent half an hour looking at her project book (she designs, her husband and son build), which showed many spirited, high-quality renovations of historic properties that most people would declare beyond repair. She exhibited a vivacity, passion, and determination that almost always makes me feel warmly toward people. She detailed what she’d done in each property, pointing at in-process pictures as she spoke — only some of this I understood (my Spanish comprehension quite unequal to her rapid-fire expression) — but still, it was a touching moment, and a nice way to end Santiago, I.