Between the high-rises, Providencia is dotted with colonial-era aspirational mansions stuccoed orange and pink and yellow and blue

Only a few of the newer buildings were special, but as Danny has written, the overall design (and construction) quality is of a level most Americans can only yearn for.

And the streetscapes and landscapes! 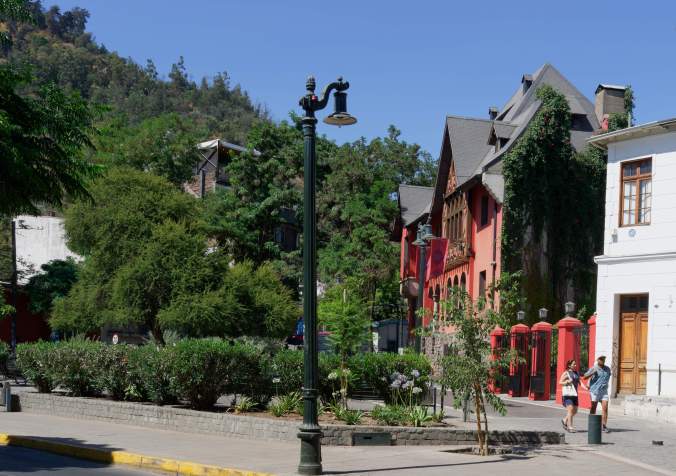 Those Chileños devote more loving attention to the many different ways they can vitalize their public spaces than I’ve ever encountered, anywhere. Yes, it was Christmastime, and the country’s Catholicism was on display in full regalia, with creches everywhere.

But in higher-end neighborhoods, 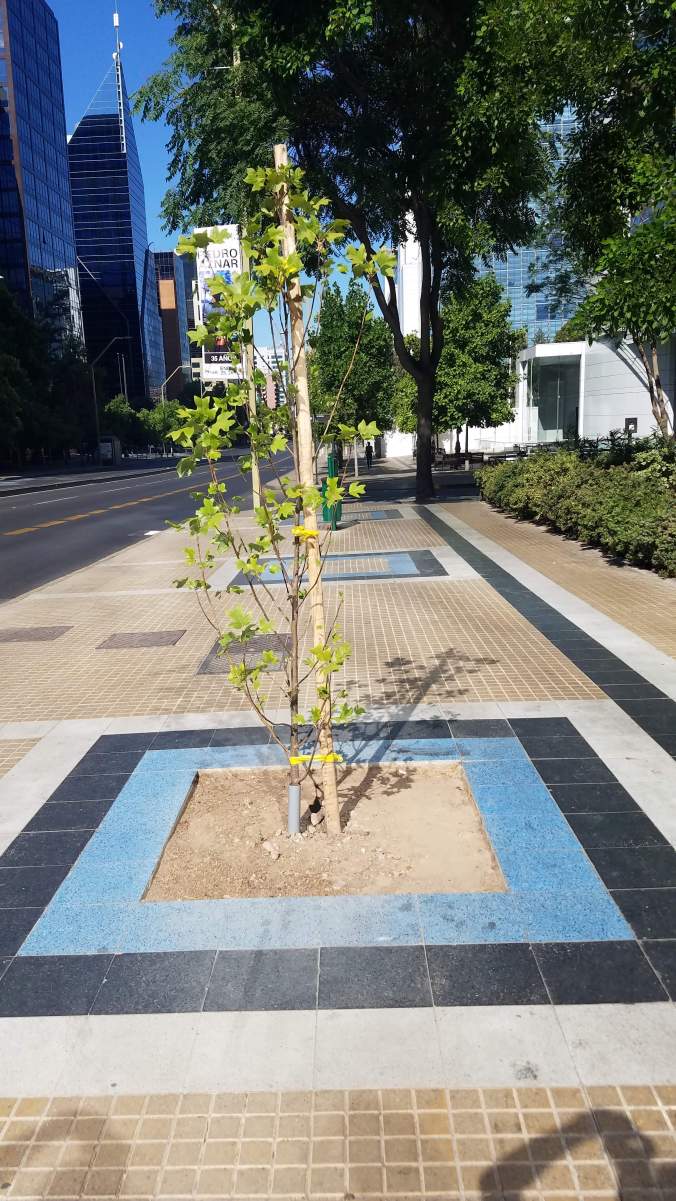 and in lesser neighborhoods (including where Pablo Neruda lived with his partner), deliberate design was everywhere. Even the street art was impeccably maintained.

After Mabel’s, we moved to a different place in a different part of Providencia, and then to an even tonier neighborhood called El Condes, a bit further out still from city center, closer to the mountains. From our second, 20th-floor perch we enjoyed those canonical Santiago views, mountains plus smog. 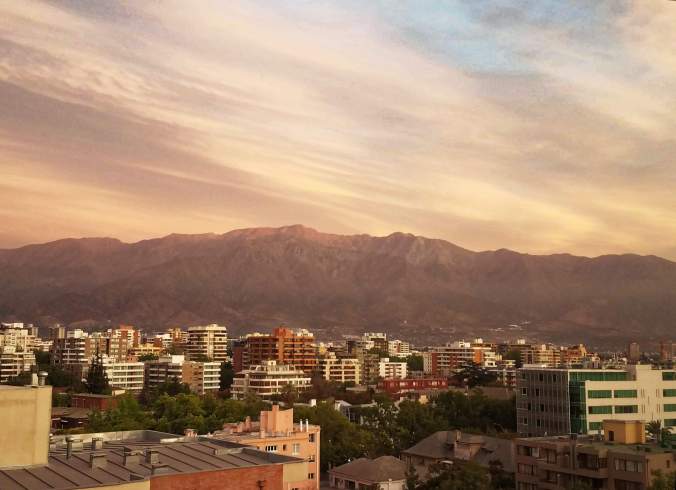 We could also see just how green the city is. 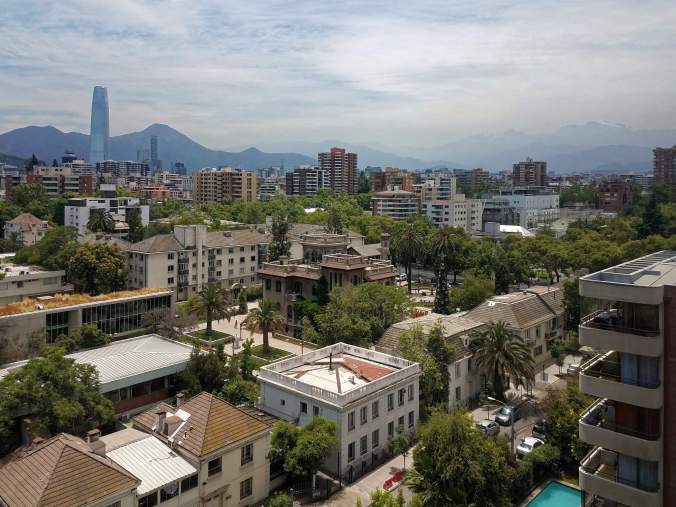 Our second place was situated near the mayor’s mansion (Providencia, like El Condes, is separately incorporated), a grand old Victorian pile set into a plaza that progressively filled with kids as the day went on. At dusk, the mayor’s mansion glowed in neon purple and lime green,

Chile’s capital is huge: the population of the metropolitan area numbers around 7 million. An aerial view from 2014 of its 250 square miles reveals how, over the centuries, settlers have seeped across the entire valley and up into the foothills.

But every part of the city that we saw – even the poorer, more downtrodden neighborhoods– bore the character of an invitation. Walk here. Look at this sculpture, this fountain.

Come hither, to this sidewalk, to enjoy the shade of these old, old trees; have a seat in this plaza; listen to the fountain roar. Shop down here, beneath this kite-like awning slung over a pedestrian mall– it’s cooler. 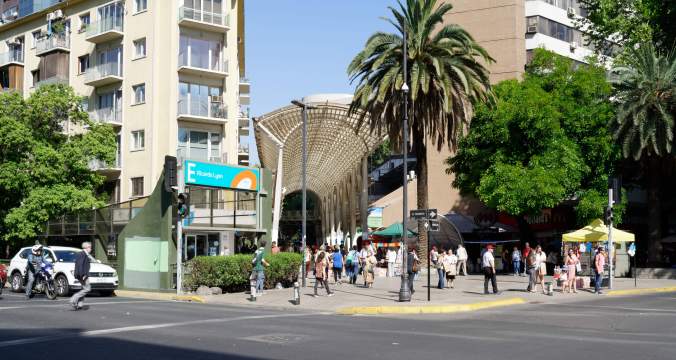 Slow down. Perhaps an espresso in an outdoor café? 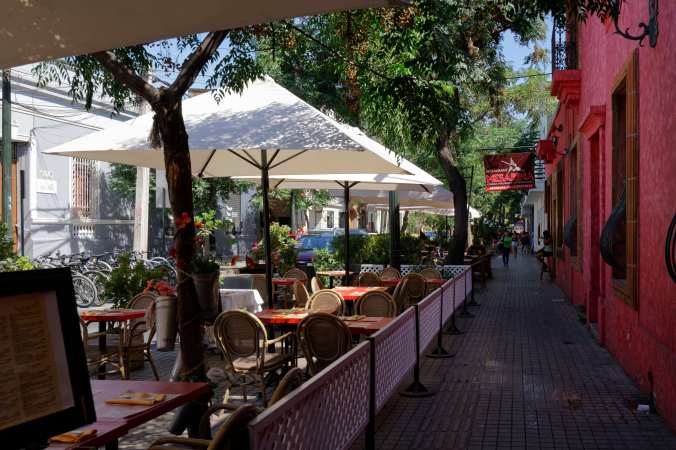 Like so many Latin cities, Santiago’s urban fabric and streetscapes were designed with strong bones, the scaffolding of a robust, unending public life.

What did these streets look like during the Pinochet regime, I wondered? As we explored the city, I couldn’t but imaginatively replace what we were enjoying with scenes from the last part of Isabelle Allende’s House of the Spirits, when terrorized aristocrats hid behind lace curtains while learning of disappeared friends and acquaintances. What did Santiago feel and look like then?