Veronica has joined us. 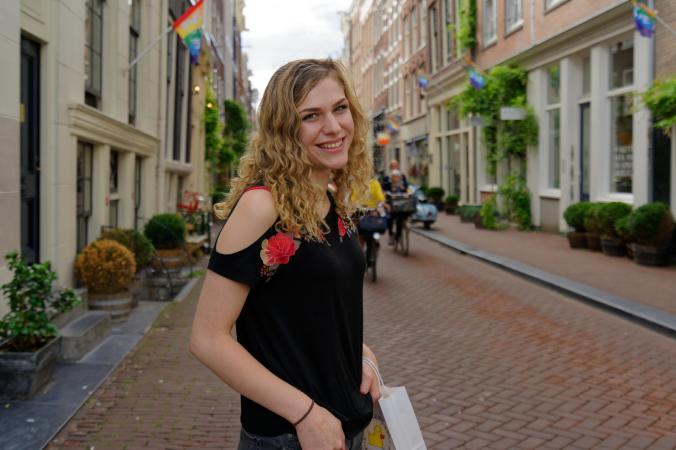 In coordinated flights along two vectors, we intersected almost perfectly temporally and spatially – thus, along the (by now) four classical dimensions — landing us within fifteen minutes (that’s a temporal blink of the eye) within a few hundred yards (a spatial hop) of one another in the space-time continuum known as Schiphol Airport on July 29, a little after 11 AM.

Among the many things that the twenty-first century has us taking for granted is the ease with which we move over vast spaces (planes), with stunning surety (schedules), and with amazingly easy coordination (the web). Sarah commented to us a few days earlier during our six-hour walk from Myrdal to Flam that completing such a slow, one-foot-in-front-of-the-other sojourn reminds us, and more conveys, how arduous and time-consuming moving from place to place has been for most of human history.

Sarah, Gideon, and I know that for many reasons we are fortunate – we know it every waking hour – and are also historically fortunate to be able to undertake our global venture. One additional reason that is germane here is we do so in an age when Veronica can easily hop on a plane in New York and with stunning precision land within easily measurable feet and minutes from us in Amsterdam.

In an instant, our family of four is reunited, is whole again, though it turns out, only fleetingly for the first couple of Amsterdam-days because Gideon’s good friend Mike from last summer’s Madrid program has come to Amsterdam for the weekend, so Gideon and he, late-teenagers that they are, have intensive one-on-one life-experience to share. That’s okay in a way, because Veronica, who is twenty-one, and we have much to catch up on and discuss as well, even though we saw her but a seeming blink of an eye of a fortnight ago.

We all (including Gideon and Mike on their own) spend the first few days doing what central Amsterdam invites visitors to do with such grace. To walk and walk and walk. I’ve never been in another city which so tempts and rewards (a rare enough combination) human ambulation. 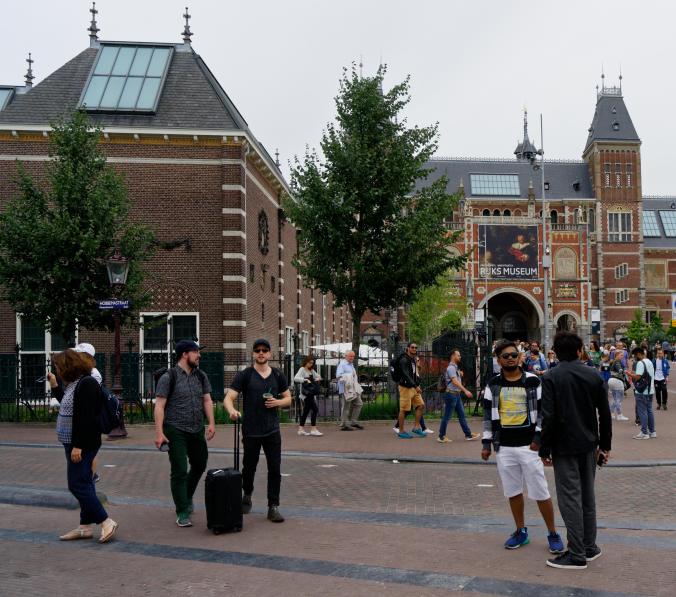 Some might say Venice, the archetypical canal city does, but for various reasons — including it is hardly a city or, being a relic as theme park, it is hardly a real place — it doesn’t come close. London and Paris and Tokyo and Barcelona (and Gideon’s beloved Madrid), oh yes, New York, offer their own significant ambulatory rewards, but, again, for many reasons, including their vastness, they rise not to the same walk-about level as our Dutch champion does. 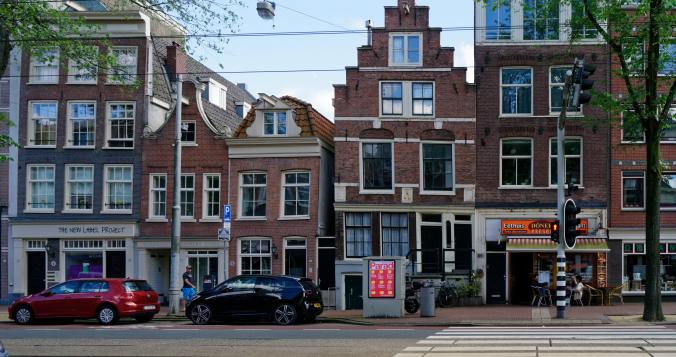 Of course, I haven’t been everywhere, so a city or two or three unvisited by me might yet capture my anointing-fancy. But no matter, or the existence of such inviting urbanity would be stupendous and a future treat to behold without it altering Amsterdam’s distinctive quality compared to so many other cities I love to walk around – I do, by the way, love to walk, and as with my other loves I do my best to keep as narrow as possible the gap between precept and practice.

I realize that my characterization of Amsterdam, tailing off without further elucidation, stands a bit totteringly as a tease. I may make good on its promise, and straighten its as yet unexplained posture, with my next post, but as there are so many things and themes to write about (the notes I jot down are already voluminous) perhaps some other topics will tempt and capture my compositional fancy and, if so, I hope will (that rarity again) reward yours.