My thoughts and feelings about seeing the animals, the raison d’etre for safari, is different in character and more mixed – not nearly as plural yet more valent than my reactions to the landscape. As I have already indicated with my semi-joking characterization of some of the major players — zebras and gazelles grazing, hippos lazing, giraffes raising, water buffaloes gazing, elephants amazing – the animals are spectacular to see and to see in their world, as opposed to the artificial worlds we create for them in the US and elsewhere. Being up close to them in nature speaks for itself as a singular way to experience them. 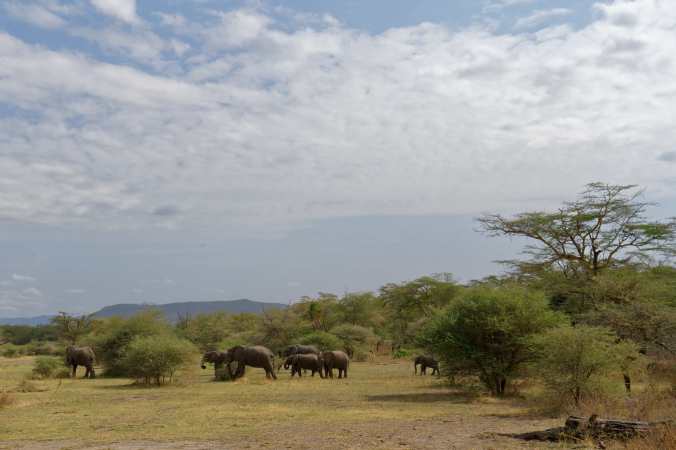 The thrill of something as mundane as hearing the sounds of a giraffe, five yards away, ripping the leaves off an acacia tree was both unexpected and perhaps hard to convey. 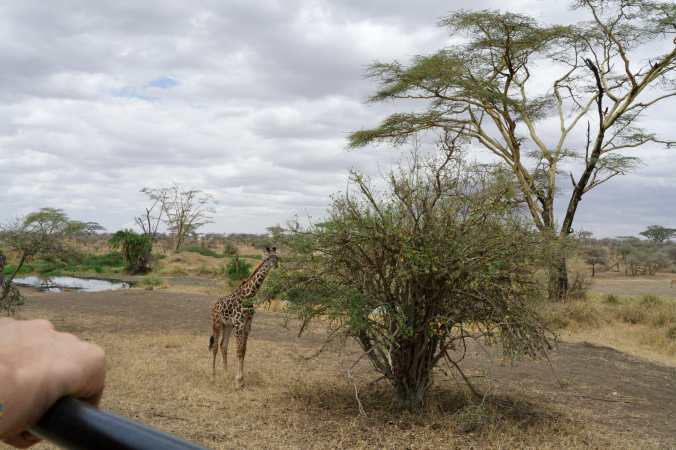 Seeing pretty much all the animals moving around the unbounded landscape, as opposed to pacing in a zoo enclosure, even more mundane than a giraffe eating, is perhaps an even harder to convey thrill. This applies no less, well almost no less, to the visually unappealing wildebeests as it does to the more handsome and graceful animals of which there are many. When beholding the animal world, it’s instructive to think about how hard-wired we are to beauty and what facets and features of creatures constitute it. This holds for grace as well. To my eye, and those of Sarah and Gideon, wildebeests and warthogs are equally less-than-beautiful animals, yet the former moves unpleasingly while the latter’s slow trot is rhythmic and cute.

One could come up with an off-the-cuff and analytically plural set of categories to assess and rate the animals – beautiful, graceful, powerful, noble, cuddly, scary-looking – and then make unordered or ordered lists. I didn’t do it and it’s probably not worth doing, though it is worth mentioning because the world of animal-watching in Serengeti is a time of continuous comparative assessment along many dimensions.

We love giraffes and elephants. Giraffes are remarkable in their combination of delicate beauty and power.

Elephants, ponderous though they are, offer a funny-looking beauty, and even grace, and appear self-possessed in their calmness and purposefulness. They, of all the animals seem most aptly characterized as having personality and as having individual personalities. Zebras, in their carnivalesque stripes, which suggests that they most closely resemble costumed humans, and therefore humans, are easy-on-the-eyes, so they are always worth a glance or two, even though they plentifully populate the landscape, often mingling with their less appealing friends, the wildebeests.

Zebras’ highly social nature – they snuggle, they frolic, they interact in small and large ways – contributes to their attractiveness.

Baboons, even more social in nature, are unexpectedly beautiful, especially the adult males, and in the persons of the fragile, small children irresistibly cute.

The big cats – lions, leopards, cheetahs – for many the stars of the safari-show, hold little fascination for me. Adult male lions meet expectations of majesty and power. The rest, including the eight lion cups we saw playing like a bunch of puppies, which Gideon adored, leave me pretty cold. Their lethal natures certainly do not fail to dampen my vegetarian and fine-feeling-self’s enthusiasm, but the cats also do little when they are not on the hunt or the prowl, except laze around and sleep. 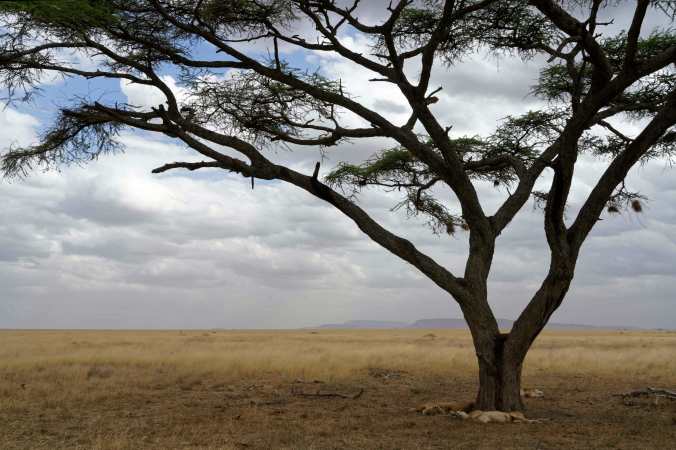 For that, we did not have to travel to Serengeti. We did not see any hunt or even more than perhaps a moment or two of a half-hearted lion-prowl. Turning to unsung stars of Serengeti, the captivating features, and shapes, and colors of birds, while still on a branch, walking slowly on the ground, or speeding along wings visibly and often extra-colorfully flapping, are enough to render becoming a birder self-recommending.

As compellingly natural as Serengeti’s animals are, at times I dwell on the voyeuristic nature of our safari, thoughts of which should be unavoidable to any more-than-minimally-sentient safari-goer. 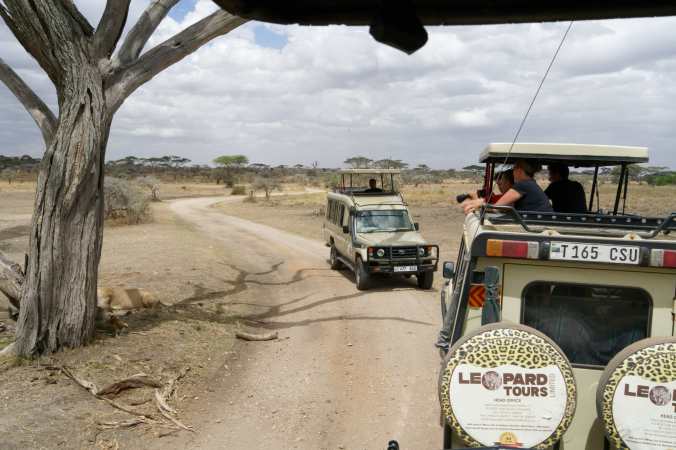 We, in rolling fortresses, encountering again and again others in their rolling fortresses, with two or five or ten or more of them repeatedly convening, cameras pointing and clicking, at the site of a notable animal sighting. (This occurs because the guides, who know each other and work collaboratively, are in constant touch with one another about the animals.)

At times this doesn’t bother me, at times I find it a little off-putting, at times I want to flee. It also accomplished the near-impossible of transforming Serengeti in all its bounteous and splendid nature into a place that feels like and functions like a zoo of people safely gawking at the show-animals. Yet a zoo’s animals are prisoners, and Serengeti’s are anything but, so such thoughts, though they wafted in, they also wafted out which is where they mostly stayed. There is no sense in which the presence of others, or our own temporary imprisonment in a rolling fortress of our choosing, ruins our time in Serengeti. After all, we are under no illusions that we are so special as to deserve privileged access, or that there is anything wrong with visiting a national park which, in part because of our fees, renders life for these animals so natural and free. 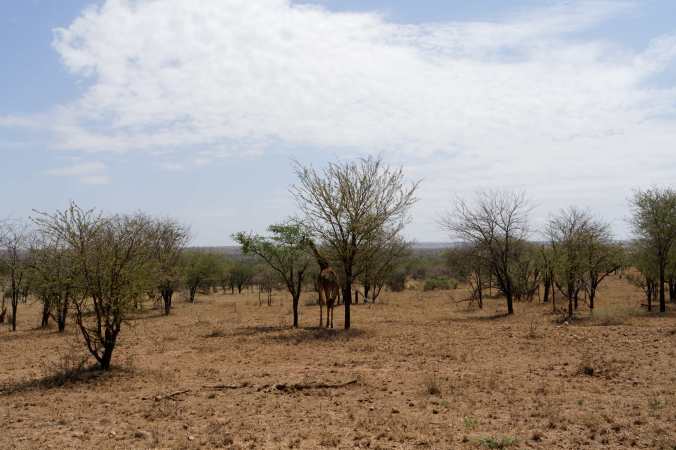 Nevertheless, there is a part of Serengeti, of my favorite Tanguyan character and with fine animals, where we, driving along and stopping at will safely ensconced in our Landcruiser, encounter no other human interlopers. We bask in our solitude and the feelings and thoughts it affords us.