The transition from the hypermodernity of an airport as vast and efficient as Schiphol to the entropic arrival place, space, and pace of the diminutive airport of Kilimanjaro stands in for the contrast between the countries of northern Europe we visited and, at least so far, the countries of Africa on our schedule. We’ve come to Tanzania to go on safari, a term of ambivalence for me owing to its past, but which, moving with the linguistic times, I should and have reluctantly come to accept. Zadock greets us before we even say hello, with my name on a sign the moment we are released from the benign mob scene of passport control, where we, owing to foresight, endured much less hardship (warm waiting time) than the vast majority who had to first go through the super-mobbed visa-acquisition process. Whatever apprehensions we may have had that any of the many things that could go awry might do so, they dissipated into a sense of assurance with Zadock’s open and friendly face, excellent English, and sure air of competence and vigor. He, we learned, was to be our guide for the safari. 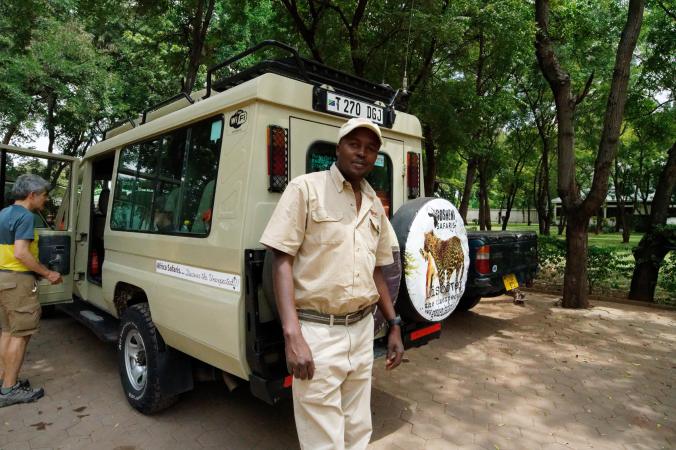 My first impression of Zadock has proven enduring, as the stream of information about him and from him coming our way has confirmed my and then our confidence in him. If anything, my initial impression, as fine as it was, undersold Zadock’s many fine qualities, as he is in every way an excellent driver, guide, and companion.

I start with Zadock because our time here began with him, and also for a more fundamental reason. He is with us for 8-10 hours a day, driving us, making continual decisions about where to go to see or to try to see these or those animals, informing us about the animals or trees and flora by offering us mini-lectures or simply answering our many questions; and developing an ongoing conversation with the full range of topics from soccer passions (in his and Gideon’s favorite league, the British Premier League, Zadock roots for Chelsea and Gideon for Liverpool) to politics, to family, to music, to wit of both kinds, to… well, the catalogue goes on and on. Zadock takes his profession seriously, and his craft as a vocation, as he is always learning by taking courses, reading books, and looking up whatever elicited information he doesn’t already know. We appreciate the many orders of magnitude by which he is enhancing our time in Tanzania, and the fine companionship he is providing us. 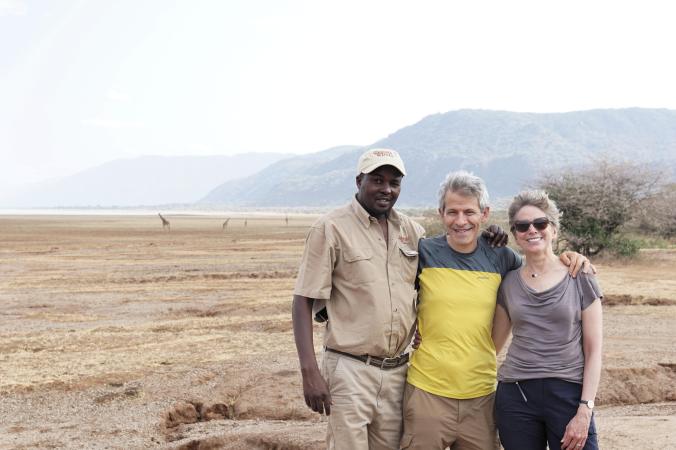 Zadock is as big a part of our Tanzania, and will be as memorable a part of it, as the animals and landscape. Our memories of experiencing this singular and extraordinary part of the world will be populated at almost their every moment with our memories of and interactions with Zadock. Along the way of our journey, we have met and seen many people, but so far only fleetingly. Zadock is the first person we have spent a great deal of time with, and gotten to know to the degree that we can think that we actually have at least a moderately good sense of him. Aside from liking Zadock immensely, we count our blessings that we got such a good guide and companion for this long week, and aside from counting our blessings that we did not end up with a mediocre (or worse) guide and companion, we like Zadock immensely. When we think about and talk about Tanzania years down the road, he will, with his by then astral presence, continue to add new benefit to our lives, as that is what fine and deserving memories do.